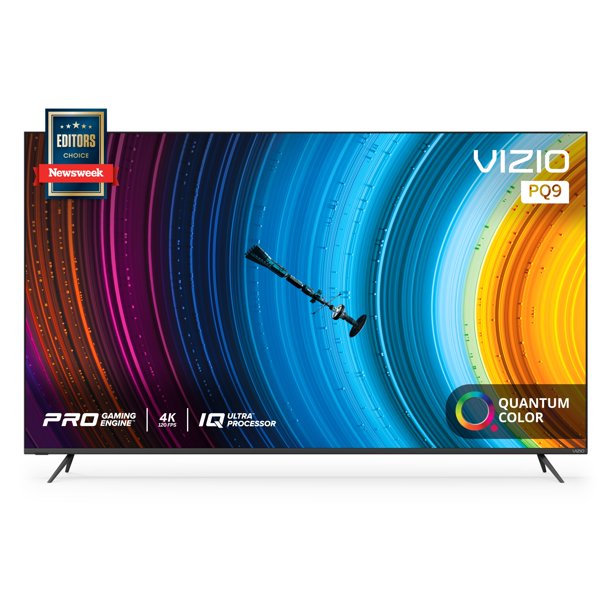 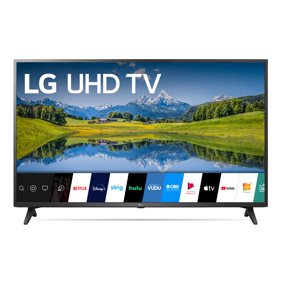 The box had a little damage but the TV was fine, and is working fine!

Reviewed by JohnJohn
Written by a samsclub.com customer.
Helpful?
Average Rating:(5.0)out of 5 stars

This TV delivers a beautiful, clear, picture with stunning details. I can finally read those little disclaimers in advertisements!!!!!. For the price, you get the best bang for the buck. This is among the best 65" 4K TV's out there. It also has lot's of streaming apps and supports Apple/Google play. Best TV I've ever owned, and Sam's Club delivered this huge 70 pound unit via FEDEX sooner than expected with no damage!!!!

Reviewed by SulehSuleh
Written by a samsclub.com customer.
Helpful?
Average Rating:(5.0)out of 5 stars

Just bought this tv recently and so far its amazing especially coming from a basic entry level 43' inch 4k tv and I can say this is a tremendous leap ahead from my previous old tv so if your looking for a great tv this is the one. Now for the gamers I currently play on Xbox I have the Xbox Series X and I can say it hits all the marks and everything works great except the 120hz you can't have game mode on at the same time for some odd reason but it still works just without game mode on or vvr, but i can live with that and hdr looks great too also. So for gamers and TV enthusiasts i think this is a great overall tv. *Just a heads up when you download the software updates for the TV go into the settings and reboot your tv because for me I just started using it off the bat and it started acting weird so yeah reboot your tv after the updates you'll thank me later.*

I'm in love with my vizio p series!! 4k content is amazing, brightness is superb, Fan of the 2.1 hdmi hookups that now allows me to get the most out of my xbox series x!! My games look and play amazingly smooth, 120 fps plus VRR!!.. Give me a second I need a moment to myself lol... Good Job Vizio!!

The color is amazing. The sound is great. We have a Samsung that I can never understand but I hear this Vizio just fine. Some of the set up is self explanatory and some is not. Took a little more time than expected to get everything loaded and running. Overall I would buy again.

Reviewed by GeniePGenieP
Written by a samsclub.com customer.
Helpful?
Average Rating:(4.0)out of 5 stars

Great tv for a lot less than lg. I do however think the local array dimming is off and makes the blacks feel a bit to light. Alot of the issues I had are addressable in settings. I like the color alot better than a samsung and it has 120 hz refresh rate at 4k.

Reviewed by BrysonBryson
Written by a samsclub.com customer.
Helpful?
Average Rating:(4.0)out of 5 stars

Have had it for about a week, works really well considering my last tv was a plasma. If youre not a home theatre connoisseur and are looking for a solid step up past the entry models, check this out if the price is right. Reason being, no firmware yet to optimize performance at the level advertised but expecting an update soon

Reviewed by Nbiel89Nbiel89
Written by a samsclub.com customer.
Helpful?
Average Rating:(3.0)out of 5 stars

Great TV but mine has one major flaw

I'll be up front and say that Vizio is sending a replacement for my set. Right out of the box I noticed that any station that was broadcasting in 720p had what can only be described as digital pinstripes on it. Little lines running from the top to bottom of the screen. Some stations would have two or three, others would have a dozen.

Outside of that, the set it really good. 4k signals are gorgeous. It detected the Roku I plugged in and renamed the input to Roku, but finding where to rename the other inputs (like for an Xbox) is a nightmare.

Short answer, Vizio is standing by their product (at least so far). So we'll see how it turns out. I love it for everything other than the 720p displays (which happens to be all the free channels Vizio provides)

Reviewed by Gonzotgreat23Gonzotgreat23
Written by a samsclub.com customer.
Helpful?
Average Rating:(2.0)out of 5 stars

When you get a non-broken one, it's good.

Multiple orders required to get a non defect TV. Missing screws, dead pixels, broken remote, broken settings that grey out for 90% of content watched, broken wifi chip inside tv, but when you get one that works it has good picture though, *shrug*

Reviewed by ShawnShawn
Helpful?
Comment from department -
Hello Shawn, at VIZIO, we’re constantly striving to improve our products and deliver a world class viewing experience to our customers. We appreciate that you took the time to review our product- and would really love to get any specific details you could offer on how to improve that experience. You can reach our award-winning technical support team by going to support.vizio.com and clicking ‘contact us’.
Average Rating:(1.0)out of 5 stars

bought this TV for my ps5 was so excited to get it. once I unpack and set everything up nothing but problems with the TV. only had the TV for a week and already.having sound issues when switching between inputs form TV to my ps5. had the TV replaced by vizio and still having the same issues from day one of the switch. know I think I can't return it. what a waste of 1400 bucks. other than sound issues TV is great

Reviewed by DalenarioDalenario
Helpful?
Comment from department -
Hello Dalenario, in the event that an issue does happen, VIZIO strives to provide our customers with the award-winning service and support to ensure issues are handled as quickly and easily as possible. We appreciate that you reached out to us and gave us the opportunity to correct this unfortunate situation. Please do keep in contact with our support team if you continue to experience issues. We want to make sure to exhaust all troubleshooting and options to find the best resolution for you.

Get specific details about this product from customers who own it.

If you would like to share feedback with us about pricing, delivery or other customer service issues, please contact customer service directly.
1-3 of 3 questions
by PhillpFebruary 25, 2021